At Long Last: Save the Date for the Moe123 Scholarship Awards 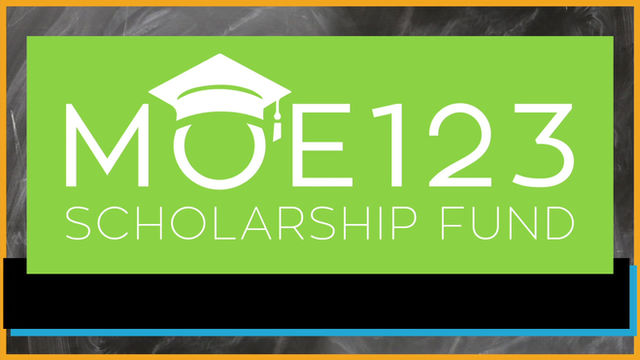 To celebrate #Moe123Monday, we're introducing you to Moe123 Scholar, Envy Agbonkhese. When Envy's father left Nigeria to serve the U.S. National Guard in 2005, she had no idea that just one year later, she and her mother and sisters would be on a plane to join him in Minnesota. Driven, Envy began school and in just two years, no longer needed ELL language support. Envy admires her parents who are always there for her. Their work ethic made her want to prove to herself that she could match it in her schoolwork. She has done just that - as a senior at Park Center Senior High, she is taking four International Baccalaureate (IB) classes and is a teaching assistant in another. Envy plans to pursue a career in the medical field as a midwife and says the Moe123 Scholarship will help her navigate her first year of college.

When Envy Agbonkhese’s father left Nigeria to serve the U.S. National Guard in 2005, she had no idea that just one year later, she and her mother and sisters would be on a plane ready to take off and join him. She had no idea where Minnesota was, the air was cold, and the realization settled in that she wouldn’t be returning to Nigeria. She began school and after two years, no longer needed ELL language support. Envy admired her parents’ work ethic which made her want to prove to herself that she could match it in her schoolwork. Her sisters encouraged her further reminding her that despite the difficulties they had endured, that they were able to excel in school and achieve their goals. Envy dedicated herself to High Performance (HP) classes and the International Baccalaureate (IB) program as well as participated in cross country and class cabinet, the group that plans the school’s prom and “spirit week.” She also joined National Honor Society where she helped with conferences, a school blood drive, and pep fests. In addition, she was chosen to attend the Girls State for a week at Bethel University, an experience that helps young women learn about government and empowers them to achieve their goals as well as the group College Possible. In the future, Envy will pursue a career as a nurse-midwife as she holds a special interest in women’s health. She holds the sacrifices her parents made close to her heart and plans to use that inspiration to help her peers and women in the world.

Meet all of our Moe123 Scholars here!